My entry to the GMTKJam. Sadly unfinished and unpolished.

Expect bugs and problems when playing this.

Nova has been trapped in her lab by rats. Help Void, the Dark Gazer, her trusted vampiristic space cat, to save her. Being caught up in his favourite ball of yarn does not prevent him from defedning his title as 'The Lab's Greatest Destroyer of Rodents'.

Kill rodents by jumping on them or slashing them and feed the absorbed energy into the pink capsule. But beware, the energy also serves as your health, so don't kill yourself by spending too much of it.

You can also improve some of your abilities by spending your energy in the menu. But those abilitites have a downside too.

Enter to open/close the levelling menu, use your mouse in the menu.

(For cheating: +/- on the numpad gives/removes some of your health.)

In the upper left corner, you can see your health and how much energy you provided to the mysterious machine.

Made with Unity and Gimp.

I wanted to base my duality on using xp as health, so that you have to make tough decisions on how much to level up.

Additionally, your abilities, as well as enemies and obstacles were supposed to have both detrimantal and positive effects. Sadly I had to cut almost everything due to time issues.

Since I really like the ideas I had, I think I will work on a post jam version to implement some of them and see how they turn out. 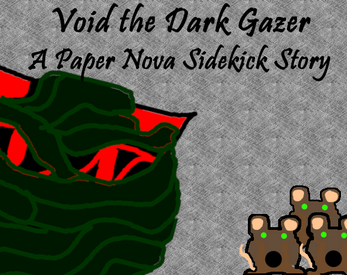